Of Wolves and Humans

This is an article I wrote for Paw Prints Magazine...hope you enjoy...I am but a small voice for all our relations....

Of Wolves and Humans
(Waya...that voice in the distant wind which stirs the primal birth path of life's mystique...3 Hawks)

Many of you may never see any of my family in our natural home nor enjoy the thrill of listening to our sacred song as we walk upon the beautiful face of our Earth Mother.
Once, our home was from horizon to horizon in this… Continue

Osiyo All,
Ladyhawk...just so you know this article of 'I am Buffalo' is an article I wrote some years ago and is copyrighted. The original piece is entitled 'Of Bison and Humans', published in Paw Prints Magazine. This woman who has her name on this has been notified of her copyright infringement and is a sad thing to steal anothers works. She has done this on other webpages and not just with my work. You are welcome to use this ariticle on this fine website you have, but please make the… Continue

The Anishinabek Nation is mourning its grandfather, William Commanda, who passed away on August 2 at age 97.

“He was a gift to the Algonquin people and an important figure for all First Nations people. It is a sad day when our elders pass, and he will be remembered by many,” said Grand Council Chief Patrick Madahbee in a release to the media.

The simplicity of this traditional prayer of the Apache people speaks powerfully of the beauty of this glorious planet. May reading this Apache prayer bring you a sense of deep peace and comfort.

May the sun
bring you new energy by day.
May the moon
softly restore you by night.
May the rain
wash away your worries.
May the breeze
blow new strength into your being.
May you walk
gently through the world and… Continue

CAMINADA HEADLAND, La.Cleanup after the BP oil spill has turned up dozens of sites where archaeologists are finding human and animal bones, pottery and primitive weapons left behind by pre-historic Indian settlements — a trove of new clues about the Gulf Coast's mound dwellers more than 1,300 years ago. But they also fear the remains could be damaged by oil or lost to erosion before they can be fully studied.
So far, teams of archaeologists hired by the oil giant have visited more than 100… Continue

I GOT SOME BAD NEWS YESTERAY AFTERNOON. MY SON SENT ME A MESSAGE ON FB AND TOLD ME THAT HIS GIRLFRIEND'S DAUGHTER HAD TAKEN HER OWN LIFE SUNDAY AFTERNOON. DID NOT LEAVE A NOTE AS TO SAY WHY SHE DID IT OR WHAT WAS WRONG. HER NAME WAS AMANDA AND SHE LEFT BEHIND A 4 YEAR OLD DAUGHTER. IT WAS A SAS AFTERNOON CAUSE AFTER I HEARD THAT I THOUGHT ABOUT WHEN I LOST MY SON BACK DEC.2,2003. SO I KNOW WHT SHE IS GOING THROUGH WITH LOOSING HER CHILD. KATHY HER MOM WHICH IS MY SON'S GIRLFRIEND JUST TOOK THE… Continue

The Kachina Doll...
The dolls are carved from cottonwood root. The cottonwood is a symbol itself of being able to seek out moisture, especially important to desert farmers! It is light, sturdy, and a great wood for carving. The carver refines the piece of wood more and more. When it's finished, the doll is painted by hand with traditional colors identifiable to a particular Kachina spirit. Hopi Kachina carving is a very big part of their current and past culture and the carvers are an… Continue

Following are excerpts from Sotheby Auctions of Native American items, specifically Kachinas:
Sotheby's, May 8, 2006... A fine Hopi polychrome wood Kachina doll, 10 ¾ inches high, depicting the Shalako Mana, of highly stylized form, standing on squat legs. Kachinas, the catalogue explains, are "spirit supernaturals, once of this world" who live in an underworld with Hopi ancestors and who are supposed to reappear in the first half of the year when they are personated in dance. The lot has… Continue

The Red Road is a long road winding began in the stars, spilled onto the mountain tops, was carried in the snow to the streams, to the rivers, to the ocean… It covers Canada, Alaska, America, Mexico to Guatamala, and keeps winding around the Indigenous.

The Red Road is a circle of people standing hand in hand, people in this world, people between people in the Spirit world, star people, animal people, stone people, river people, tree people… The… Continue

Recording of the FBI at the Pine Ridge Reservation

The neighbor, "Hello, is this the FBI?"
"Yes, this is the FBI what do you want?"
"I'm calling to report my neighbor Billy One Foot, he's an Indian and he's hiding marijuana inside his firewood."
"Thank you very much for the call, sir."
The next day, the FBI agents descend on Billy One Foot's house. They search the shed where the firewood is kept. Using axes, they bust open every piece of wood, but found no… Continue

It's over...my last one is out of High School!
It has been very busy the last few days. I had more of my kids and friends come into town than I was expecting for the graduation and party.
The graduation ceremony went well. We were all worried because it was overcast, cold and looked like rain when we all arrived but the weather cleared up half way thru. 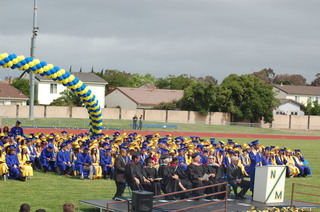 My Son and His Wonderful Nature Photography

Just want to share with you all
the photos and videos of nature my son has been putting together over time.

Well, I thought my asthma was gone, or at least under such control that I have had absolutely no symptoms in about two years now.

Well, past couple of nights I developed the wheezy symptoms of asthma at sunset that last through the night. Not so bad I cannot breathe but can tell with exertion of any kind, doing my Aerobics after lifting weights, power walks, treadmill and step machine out of the question. I have been trying to think what would… Continue

THIS IS MY STORY ABOUT THE SURGERY

FIRST OF ALL I WOULD LIKE TO THANK EACH AND EVERY ONE OF YOU FOR ALL THE PRAYERS AND THOUGHTS LOVE AND SUPPORT THAT YOU ALL HAVE GIVEN ME THROUGH THIS. I COULDL NOT HAVE MADE IT WITHOUT ALL OF YOU AND MOST OF ALL THE CREATOR.
WELL THE SURGERY WAS A SUCCESS. THE DR FOUND 2 BLOCKAGES IN MY RIGHT LEG ON MY THIGH. I HAD ONE THAT WAS 100% BLOCK ON THE TOP AND BEHIND MY KNEE ON MY THIGH IT WAS 75% BLOCK. WHEN THE DR WENT IN HE HAD TO TAKE A BALLOON TO OPEN THEM UP AND PUT STINTS IN BOTH OF THEM.… Continue

more an improvisation than a proper arrangement of Bart Howard's jazz standard « Fly Me To The Moon, » made popular by Frank Sinatra. recorded in july 2020. ❤ thank you for your support ! ❤ § you're invited to subscribe to the ★ Monthly Release…
14 hours ago
0 Comments 0 Likes