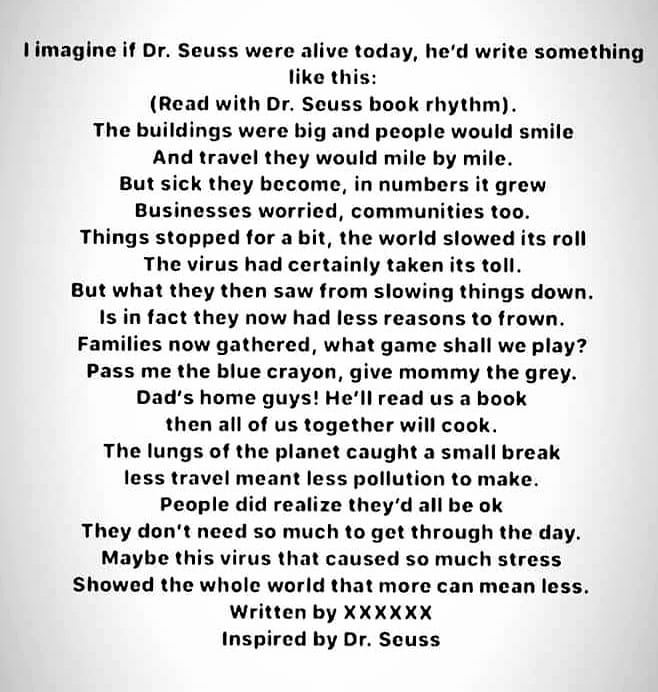 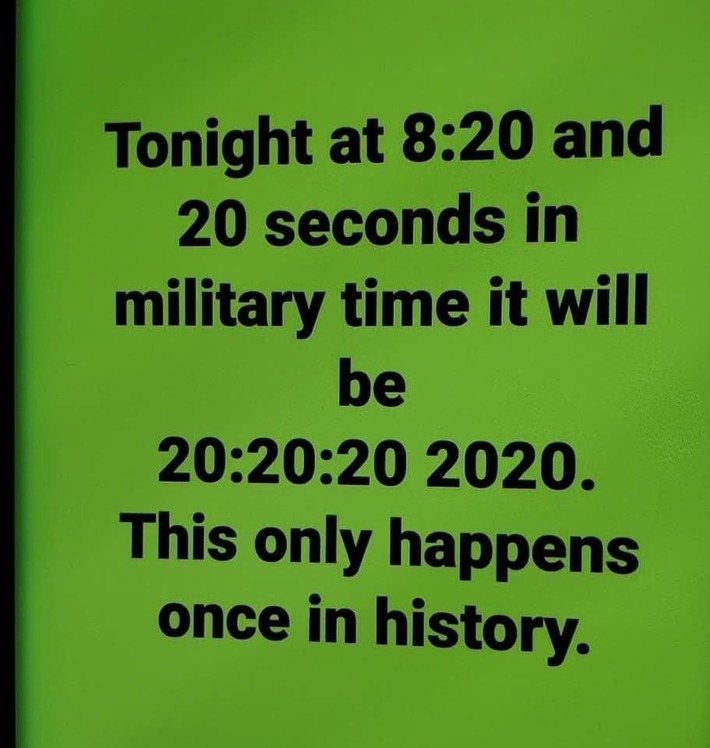 Allegory of the Long Spoons

« The allegory of the long spoons is a parable that shows the difference between heaven and hell by means of people forced to eat with long spoons. »

« In each location, the inhabitants are given access to food, but the utensils are too unwieldy to serve oneself with. In hell, the people cannot cooperate, and consequently starve. In heaven, the diners feed one another across the table and are sated. »

« Given the same level playing field one group of…

dare i reveal how we have been misled
by values that want us to be apart
told only a fool could follow their heart
by demons of greed, reason, and hatred

yet truth is no stranger to…

from there we edged ever closer to hell
dying nature, fires, foul climes above
divided souls all longing for some love
while minds dreaded for them would toll the bell

and now a plague warns us with its dark chimes
to see we're tied, us threads of the same rope
against which…

is it a door i hear, a voice, a pace
or only an echo, a whim, a wraith
a breeze, a thought, a threat without a…

that there's no simple way
to…

If you are a senior or person who did not file a 2018 tax ,, You are eligible for the stimulus check all you have to do is file a 2019 tax form..I am posting the link you need to get the information that will take you to the IRS site..… 1 box of gelatin mix, we use unflavored.
10 cups bird seed, we use Pennington birders blend. You prepare the gelatin as directed on the box (the one I get calls for 1 cup cold water and 1 cup hot water). Then mix in your bird seed. We usually do 1/2 of it at a time, so half the gelatin and 1/2 the… 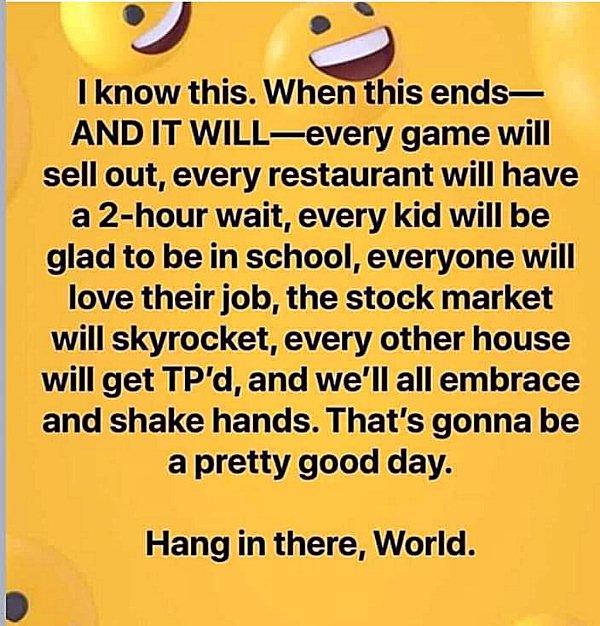 
what was there left to do
at the edge… 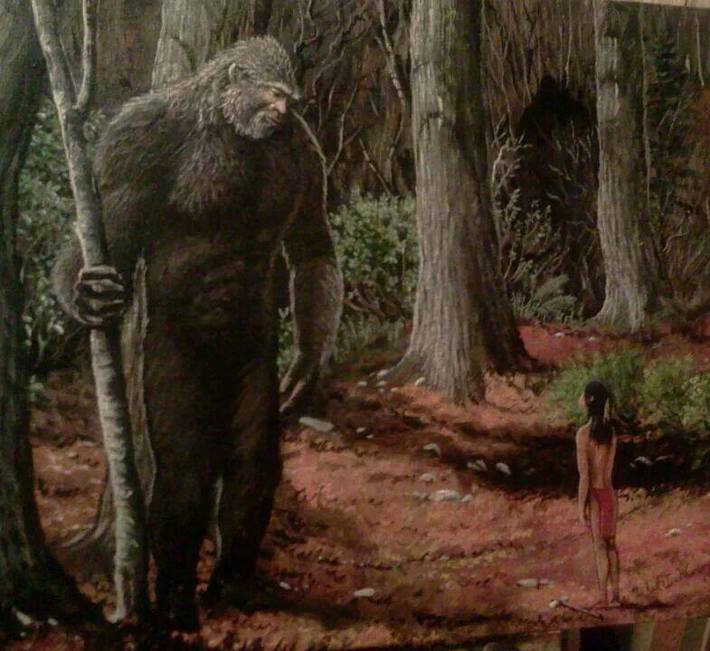 The Lakota, call Bigfoot Chiye-tanka "chiye" means "elder brother" and "tanka" means "great" or "big". In English, though, the Lakota usually call him "the big man". "There is your Big man standing there, ever waiting, ever present, like the coming of a new day," Oglala Lakota Medicine Man Pete Catches "He is both spirit and real being, but he can also glide through the…