As more details emerge about the ancient city dubbed Mantle, near Toronto, Ontario, it is becoming clear that this is one of the major archaeological discoveries ever made in North America.

Canadian television viewers got an introduction to the story on Monday night via the documentary The Curse of the Axe, but a report from LiveScience.com tells more. Lead archaeologist Ron Williamson calls Mantle “the largest, most complex, cosmopolitan village of its time” and describes the discoveries as “an Indiana Jones moment.”

The site was occupied sometime around 1500 by the Wendat Huron; in and around the 98 longhouses thus far discovered, excavations have turned up some 200,000 artifacts. Williamson said the population is estimated to have been between 1,500 and 1,800, living in an area the size of Manhattan. With an annual need of 7,000 deer hides, the people of Mantle would have hunted over an area extending 26 miles in all directions from the settlement.

In the documentary, as quoted by LiveScience, researcher Jennifer Birch says that “When you think about a site like Mantle, 2,000 people, massive stockade around a community, a better analogy is that of a medieval town. … While the cultures are very different, the societal form really isn’t.” 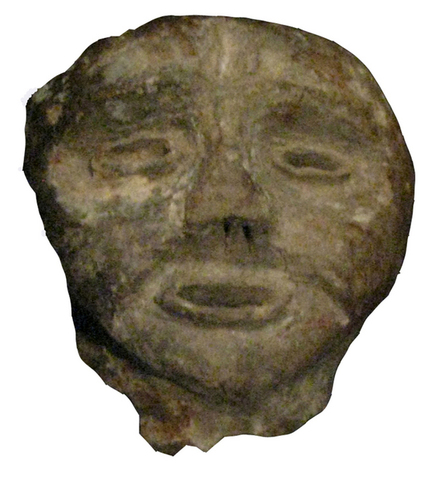 Mysterious artifact Credit: Owen Jarus Held together by an unknown substance, this tiny artifact has archaeologists puzzled as to its use and the meaning of the notching.

wow so intresting! is there any more info on this and can we be able to get The Curse of the Axe on line to veiw? thanks LH :)

Oh I do, I love history and ancient cities fascinate me perhaps because there are none in my sphere of the world to experience. thanks again.

You are very welcome! I'm glad to see others share my interest in ancient cities.

Thanks so much for this information. I have learnt so much in such a short time.

Chris Durbin left a comment for Ms. Down-to-Earth
16 hours ago