“When I saw that Pe’ Sla was at risk, I thought somebody should do something and I said that to myself for about two weeks. Then I thought I should probably do something,” said Chase Iron Eyes, an attorney, at a press conference held Saturday to announce the tribes’ purchase of Pe’ Sla.

What he did was write an article August 1 for LastRealIndians.com and his efforts snowballed from there. The website raised more than $300,000 to help with the purchase of the sacred site. Those funds were combined with $1.3 million put up by the Rosebud Sioux Tribe to make the purchase possible, though details of the arrangement are still being negotiated.

“We are greatly encouraged by the enormous outpouring of support to protect Pe’ Sla and for the reigniting of our collective consciousness relating to sacred sites and the Black Hills—Wamaka Ognaka y Cante (the Heart of Everything that is),” reads a press release at LastRealIndians.com. “To us, it is not about the amount of money we raised; it’s about the amount of energy shared by the world and the once in a lifetime unification of the Oceti Sakowin.”

“If we don’t start uniting and coming together as people then people are going to continue to walk all over us,” said Robin LeBeau, tribal councilwoman for the Cheyenne River Sioux Tribe, at the press conference. “It doesn’t matter if we’re from Cheyenne River or if we’re from Arizona or from New York or our sisters and brothers from up in Canada.”

A rally will be held Wednesday, September 5 in Rapid City, South Dakota at 5 p.m. to celebrate the purchase of Pe’ Sla at the Memorial Park Band Shell.

Watch a video of speakers from Saturday’s press conference: 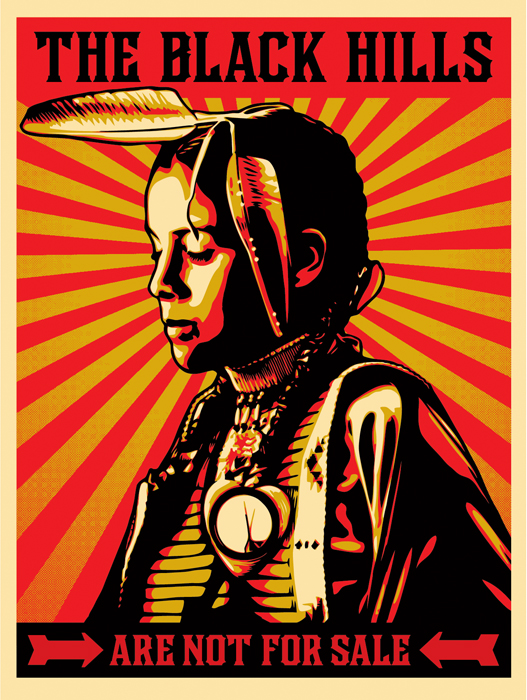 Thank you so much for sharing this.

I was hoping for good news after I posted my blog about this which can be found here:
http://warriornation.ning.com/profiles/blogs/keep-pe-sla-area-in-th...