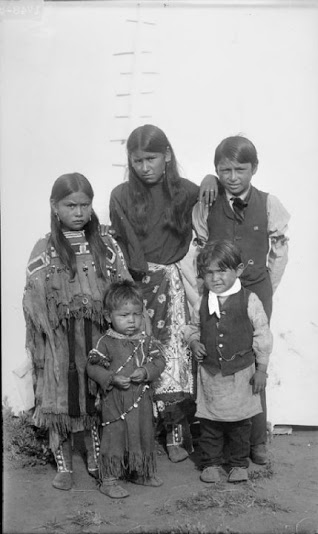 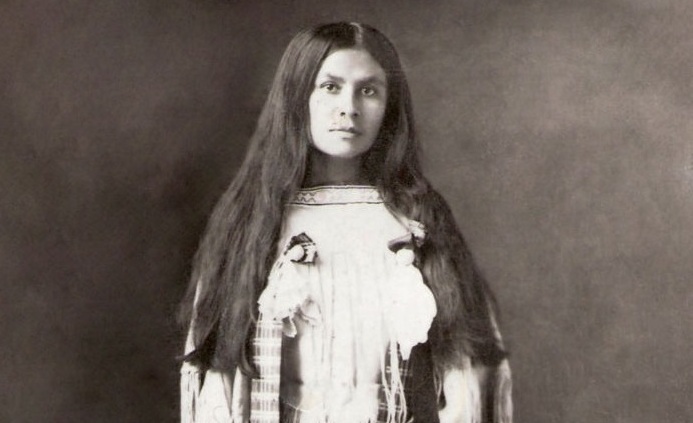 Wanada Parker Page was the last surviving daughter of Comanche Indian Chief Quanah Parker.
She was born in 1882 in Indian Territory. Her Indian name was Woon-ardy Parker. "Woon-ardy" in Comanche means "Stand Up and Be Strong," because she was weak in the limbs and had to walk on crutches for a long time.
She attended Chilocco Indian School, then in 1894 was sent to Carlisle Indian School, Pa. where she remained several years with her half-brother Harold (oldest of Quanah's sons) and her half-sister Neda.

Wanada attended the Fort Sill Indian School for about a year, about 1903, living in a girl's frame dormitory.

Mrs. Page was a charter member of the Comanche Reformed Church of Lawton.

In 1908 she married Walter Komah, a Comanche. They went to Mescalero, N.M., where he died of tuberculosis in 1912. Wanada returned to Lawton shortly after that. She worked at Fort Sill Indian School as assistant matron while her sister Alice was a student.

In 1915 she became a nurse's aide at the Fort Sill Indian Hospital and it was during her work there that she met her future husband, Harrison Page. He was a white soldier in the Medical Corps assigned to the Station Hospital at Fort Sill.
He was discharged from the service on a medical disability in November, 1917.

About 1919 Mrs. Page was a feature actress in "Daughter of the Dawn." Her husband began practice as a chiropractor in Apache in 1924.

The Pages returned to Oklahoma in 1934 and lived in various towns where Harrison served as a chiropractor. The couple returned to Lawton in 1938 where Mr. Page worked as a painter and contractor until his retirement in 1956.
At the reburial of her father, Chief Quanah, and his mother Cynthia Ann, in Fort Sill's Post Cemetery in 1957 from the Old Post Oak Mission Cemetery near Cache, Mrs. Page was designated by the family to receive the burial flag from the Army.