Who are the Anunnaki Gods ?

Dear Friends I would like to share something that is still not widely known. I´m not a great Bible reader I´m on my way and on my way I found lots of information about those Anunnaki.
Anu - means Heaven - na - means man - ki - means Eearth. Heaven Man Earth. We are the "man" between Heaven and Earth. The Anunnaki created us so we could take the earth in our posession and learn. In the Bible is written "we created you in our image" and that was the Anunnaki. They only could create our bodies our soul we got from the source of all that is. The Anunnaki lived in Sumer that was known as garden Eden the today Irak. Please take a little time to watch the video on that link below too bad I´m still not able to post the video here they changed something on youtube. By the way I got lots of channelings from them on my computer or I can share more links where you can find them yourselves. 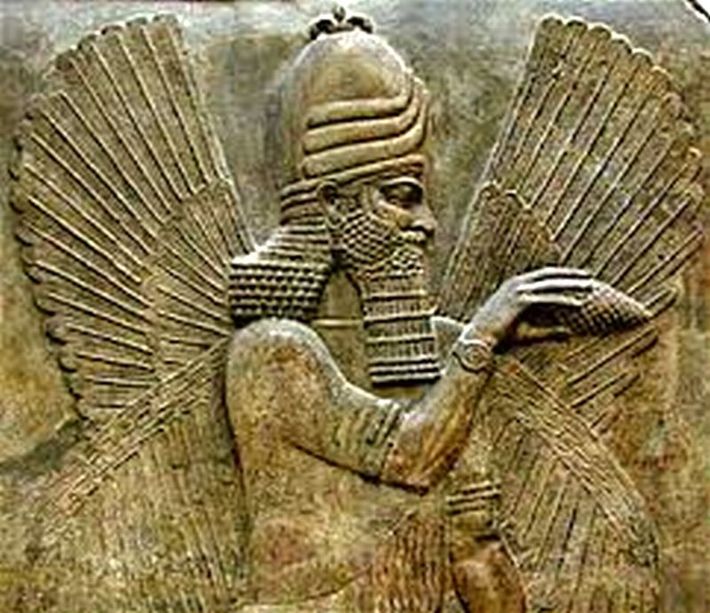 The Anunaki Bible
The Sumerian Text´s Origin
of the Judeo Christian Bibles.

Sorry a very long story but lots of vitally news everybody should know about.

Transmission from the Arcturian Council of Twelve – Great Transformation

A message from the Anunnaki

I found a very good channeling today and very positive.

We have been getting very excited about the evolution of the human consciousness because you are all so filled with diversity, and the diversity within each one of you is a superpower. As you unlock the diverse energies within you and you begin integrating them into the whole of who you are, there is no telling what you will be capable of doing and becoming. You, there on planet Earth, are very unique, because you have so many different aspects to you.

Because you have traveled throughout the galaxy, incarnating in so many different star systems before coming to Earth, you have so much within you to draw upon as you grow and ascend. Therefore, humanity is perhaps the most unpredictable race of beings in the entire galaxy, and that is exciting. It is exciting because we are talking about unpredictability as it pertains to your growth and evolution, not your volatility. You’ve been getting all of that out of the way. You’ve been making more room inside yourselves to become more of who you really are.

Now, the most diverse being is of course Source Energy, and the more like Source you are, the better. You are more powerful. You are more creative. You are more loving and compassionate when you are more of your true selves, and therefore, it is very important for you to embrace all aspects of who you are now in this lifetime. And we are talking about even those aspects of you that you don’t like to acknowledge or celebrate.

If all of the beings in the galaxy always got along, then there would be no designation of either good or evil. So if you can manage to be your harmonious whole in the now moment, you can draw upon all of that power, all of that wisdom, and all of the love that exists within each of these beings that you have been in other lifetimes and that you carry the energy of right now in this one. Embrace all of you and know yourself more as a Source Energy Being.

We are the Arcturian Council, and we have enjoyed connecting with you.”

The Return of the Ascended Masters

What is your Telema ( Divine Will)

Seems we´re brothers with love to books. :-) This way I learned English with 25 years only reading English books. Went to Canada/Toronto 1970 for a year but didn´t learn much there. I know Rumi also he is a very wise man.If this info is right Rumi incarnated in this time in Turkey and did lots of channelings with something like God, who knows ??? It´s 8oo pages and some interesting things about the building of the universes. Sometimes hard to understand but good anyway. Sorry I don´t know of this Alan W. Eckert. Well Chris if those Anunnaki are right we all share the same DNA because they created us, at least that´s what they tell us. In this book by GokTurk is written that some other ET´s gave us special DNA and that´s the reason the A blocked us because they think we could be superior to them. After they blocked us they wanted to ascend but no way because first they have to work up their Karma and help us to ascend. I read something like that years ago but don´t remember where and who did it.
Wow your video is good. I´m able to understand the guy. Most of the time they talk in a slang and too fast. No worry about the adds I know this problem it´s all over the world.
Thanks for the info ! See you.

The book by GokTurk looks good so I bought it being a book-a-holic. What sold me on it was a mention of Rumi. I have "A Year With Rumi" on my phone---good stuff.
You're right about here to learn Eckart and I plan on taking what I have learned with me!
Your name reminded me of one of my favorite books. "The Frontiersmen by Alan W Eckert"
I bet U guys share DNA!
Anyhow, speaking about learning, I just love to listen to Forum Borealis . Here's part one of Al's interview, one of many, and if I remember correctly Cremo talks about the Anunnaki.
Sorry I don't know how to get rid of the adds.

Of course I´m interested Chris. What have you got for me please tell me ! We´re here on this planet to learn ! LOL