Britain’s Secret Intelligence Service (known also as “MI6″) and The Government Communications Headquarters (GCHQ) recently struck against Al Qaeda’s online magazine by replacing instructions for making a homemade bomb “in the Kitchen of your Mom” – the magazine, as you can tell, targets impressionable teens… or perhaps middle-aged people who don’t get out much – with garbled code that, when sorted out, turns out to be a cupcake recipe originally published by Ellen Degeneres‘ talk show.
Hackers also removed articles by former Al Qaeda leader Osama bin Laden, his colleague Ayman al-Zawahiri, as well as a piece about “What to expect in Jihad.”

Al Qaeda was eventually able to reissue the magazine.

So fun to peek in at them when I get time.

Comment by ERIC SHARP on June 7, 2011 at 8:45pm
Good story Thanks Connie crazy world we live 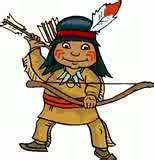