Ron’s in the midst of hiking the northern route of the Trail of Tears (833 miles worth of it!), a journey he’s been preparing for since 2009. He did a ton of research, worked with the National Park Service, and plotted his course. On January 17th, Ron took his first step. Now, we’re going to be there with him for all the rest of his steps, until he completes his journey and has told his story. Ron’s message is one of remembering the past while looking forward to the future, and one of pride in the resiliency of his fellow Native American brothers and sisters. He told us that what has dawned on him recently and what has compelled him to take on this journey is a deep, abiding sense of Native American pride. “A pride not based on solidarity for what our relations collectively survived in the past, but based on what we have accomplished since then and where we are now.”

So Ron’s out there now, dealing with where to set up camp every night, sections of the trail that seemed passable on his map but turned out to be private roads in reality with big No Trespassing signs, jury-rigging his tent (he had forgot the poles for his larger tent!), not to mention the fact that because he couldn’t take off work during the summer because that’s when he’s busiest (he and Kristal work at Olympic National Park in Washington), Ron’s doing all of this in the midst of a pretty spectacularly wild, cold, and snowy winter.

Right now, Ron’s in Tennessee, hiking along Highway 8, heading towards McMinville. From this day forward, we’re going to be there with Ron (well, in spirit) and let him tell us, and you, how it’s going out there on the Trail, who he’s meeting, and where he, and perhaps the rest of Indian Country, is headed.

“My goals include bringing attention to the Trail of Tears, maybe teaching some history to people I meet along the way, but mostly, I want to start a conversation with my fellow Native Americans about moving forward even as we keep our past in our hearts. I invite them all to join me as I do the same, one step at a time.” 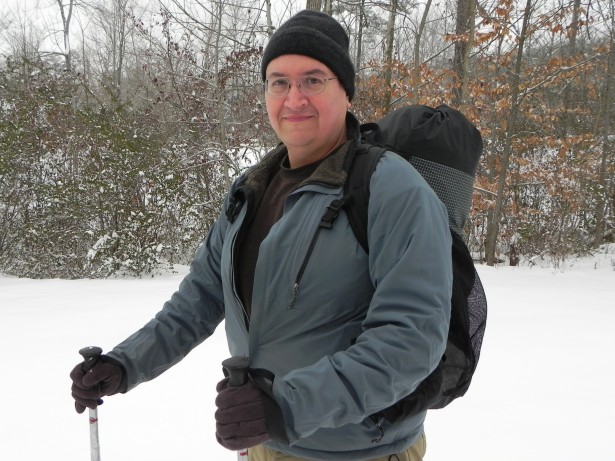