Dr. Noé practices traditional Cherokee medicine as taught by her Cherokee elders. This is a practice that encompasses mind, body, and spirit. She was accepted as an official apprentice in 1987 by Crosslin F. Smith, high medicine priest of the Keetoowah, cherokees of the western band of Cherokees in Tahlequah, OK. She was adopted into the Smith family shortly after starting her apprenticeship. This is a unique honor reserved for few.

Prior to this she was taught by the elders of the eastern Cherokees, Mary U. Chiltoskey, "Mama" Geneva Jackson, and Amy Walker. Dr. Noé continues to study with her elders and practices traditional Cherokee ways with patients when appropriate.

The traditional Cherokee medicine way uses plants, earth, air, water, and fire (heat) along with rituals and prayers to invoke Spirit and Healing. The Keetoowah are traditionalists and practice ancient rituals such as the sacred "Stomp Dance" to this day. In Cherokee medicine many aspects of healing are addressed with the focus on the Spirit of each modality affecting the Spirit of the patient to conjoin with the Great Spirit of the universe.

Each modality is looked upon as an independent people, for example the traditional Cherokee name acknowledges 'plant people', 'rock people', etc. The Cherokee Way honors not only the medicine that is used to affect the physical being of people, but the Spirit that is in each and every living thing, that effects us all concurrently. 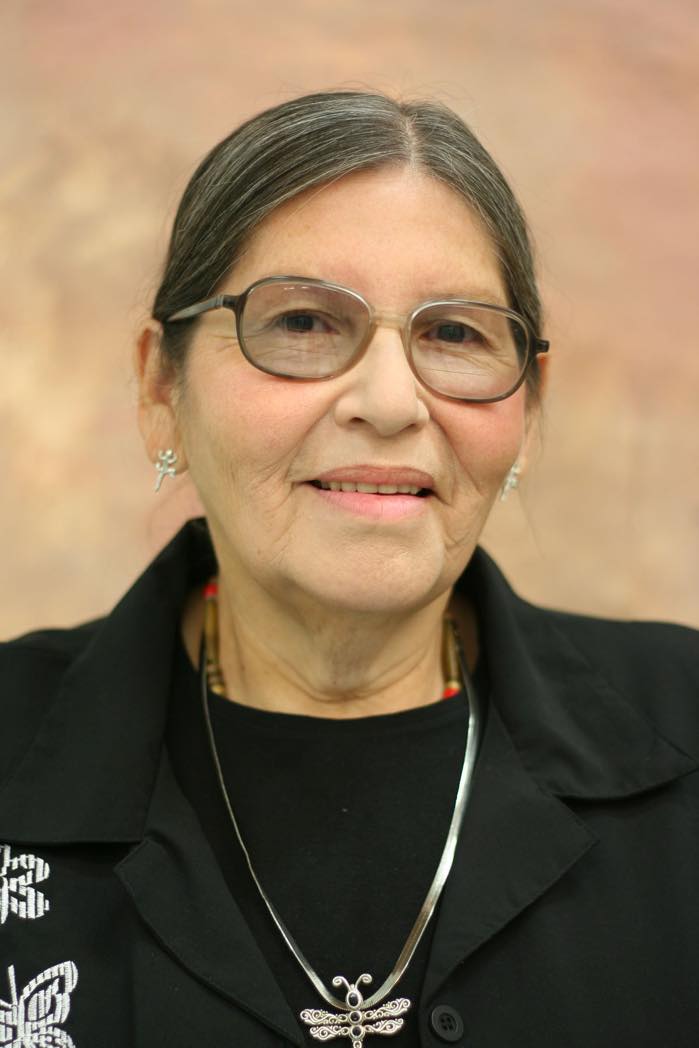 Jace DeCory, a BHSU faculty member since 1984, is a Lakota from the Cheyenne River Sioux Tribe and a professor emeritus of history and American Indian studies. She retired last week after 33 years of teaching.

“Her research is in the areas of American Indian women, elders, art and traditional healing,” according to a document provided to the board this week. “She is one of BHSU’s most highly respected faculty members, both by her peers and students, and as such, received the distinguished faculty award in 2014.”

Permalink Reply by Sharikee on February 10, 2019 at 1:11am
Joanne Shenandoah Joanne Shenandoah is an Iroquois singer, composer and acoustic guitarist. She is a member of the Wolf Clan of the Oneida Nation, of the Haudenosaunee Six Nations Iroquois Confederacy.
She has recorded more than 15 albums and won a multitude of awards. 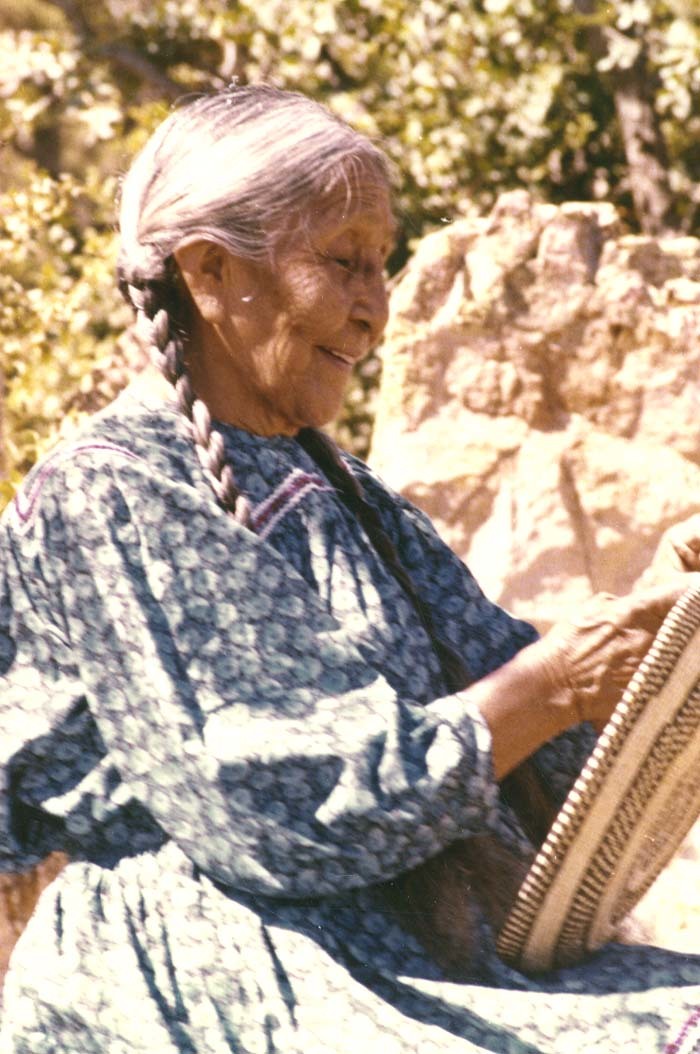 One of the most notable and respected women of Prescott, Viola Jimulla, was the first Chieftess of the Yavapai-Prescott Indian Tribe. She led the tribe for 26 years
She was born Sica-tuva, meaning "born quickly" on the San Carlos Apache Indian Reservation around June of 1878. While attending Rice Arizona Indian School, she took the name Viola.
Around 1900 when the Yavapai were allowed to return to their homelands, she moved to the Prescott vicinity to live with her family. In 1901, she married Sam "Red Ants" Jimulla and became an active part of the tribal, as well as the Prescott, community.
Viola's husband was appointed chief of the Yavapai-Prescott Tribe by the Commissioner of Indian Affairs in the mid-1930s and was officially elected chief by the tribe. After Sam's accidental death in 1940, Viola became Chieftess of the Prescott Yavapais, thus becoming the first Chieftess in the North American West. Viola guided her tribe with wisdom and kindness until her death in 1966. Her leadership helped the Yavapais achieve better living conditions and bridged the Indian and Anglo cultures. Viola's personal strengths and skills helped her people adapt and grow with the surrounding Anglo community. Although she formed a bridge between the two cultures, she still honored the traditions of her tribe. Edna Moscelyne Larkin Jasinski (January 14, 1925 – April 25, 2012) was one of the "Five Moons", Native American ballerinas from Oklahoma who gained international fame in the 20th century.
She is portrayed in the mural Flight of Spirit displayed in the Rotunda of the Oklahoma State Capitol building. 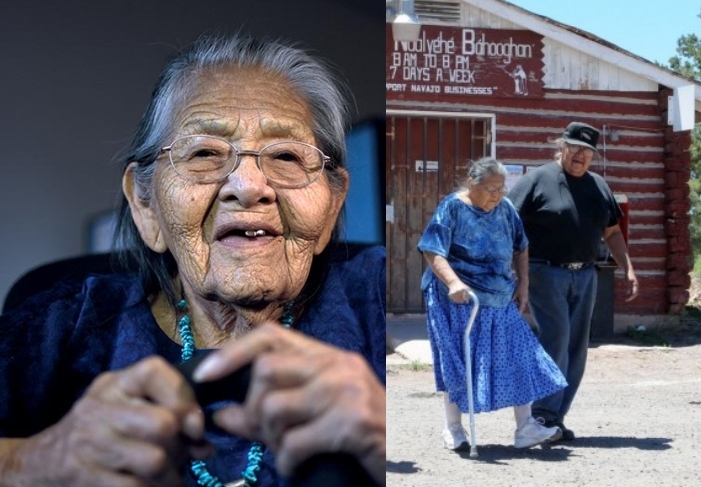 She was born in Ganado in 1931, and as a child was sent to the Ganado Mission Indian boarding school, which she hated. Her mother, Naanibaa Gorman, worked as a health care worker and translator.
Marjorie said “When I went to the boarding school we were punished for speaking Navajo. I made up my mind not to have something that was mine taken away from me.”

So she quit school and got married.and raised eight children.
At age 29, upon the urging of her husband, she went back to school for her General Education Diploma.
After graduating from Farmington, New Mexico, High School, she helped start the Navajo language program in Chinle, Arizona.

Marjorie Thomas continues to use her language as a storyteller and as an advocate for youth. She is known as “Grandma Thomas” to the youth of the Navajo Nation.

She has founded and continues to raise funds for the Central Navajo Youth Opportunity Coalition. For many years Grandma Marjorie Thomas, has led an annual walk from Chinle to Window Rock to raise money to build a youth center in the Central Navajo Agency. 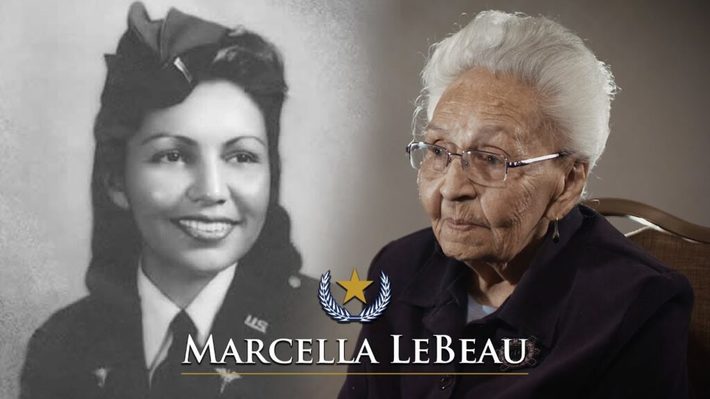 In 1943 Marcella Le Beau had just finished her nurse’s training in her native South Dakota and was working at a hospital in Pontiac, Michigan, when she heard about the Army’s need for nurses. A year later, she was camped out in a cow pasture in Normandy, in the wake of the D-Day invasion, on her way to Paris. That December she was in Liege, Belgium, where she and her comrades were told to open their Christmas presents ten days early, as the Battle of the Bulge had just begun and they might have to evacuate. She never encountered discrimination because of her background; in fact, when colleagues learned that her great-grandfather was a chief, they assumed she must be an Indian princess. 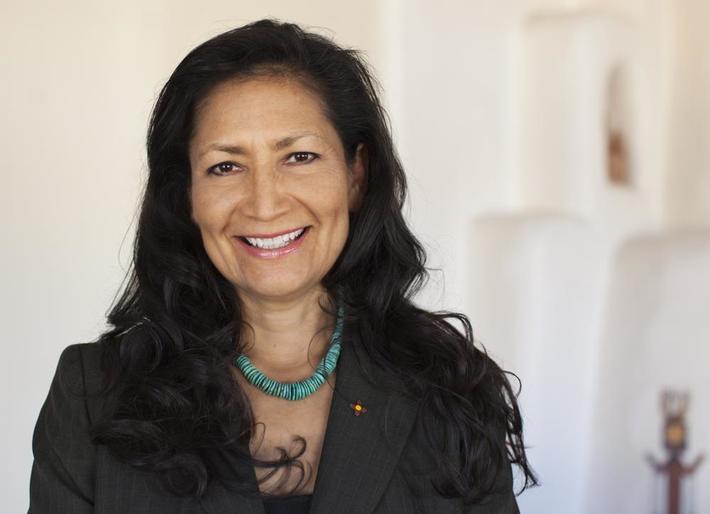 President-elect Joe Biden has chosen Representative Deb Haaland, a first-term congressperson from New Mexico, to be his secretary of the interior. If confirmed by the Senate, Haaland will be the first Native American to run the Department of the Interior and the first to serve on a presidential cabinet. She’ll oversee agencies like the Bureau of Land Management and National Park Service, in addition to the Bureau of Indian Affairs.

In a statement, the National Wildlife Federation says that choosing Haaland for the position is “a clear sign the new administration is deeply committed to tackling America’s wildlife and climate crises and authentically engaging with Native American Tribes and Indigenous communities.” Biden says he has commited to “a cabinet that looks like America.”

Haaland, 60, is the daughter of two military veterans. Her mother, a Native American, served in the U.S. Navy. Her father, a Norwegian American, was a Marine and received a Silver Star for courageous service in the Vietnam War. Haaland is a member of the Laguna Pueblo Native American people. She describes herself as a 35th generation New Mexican. 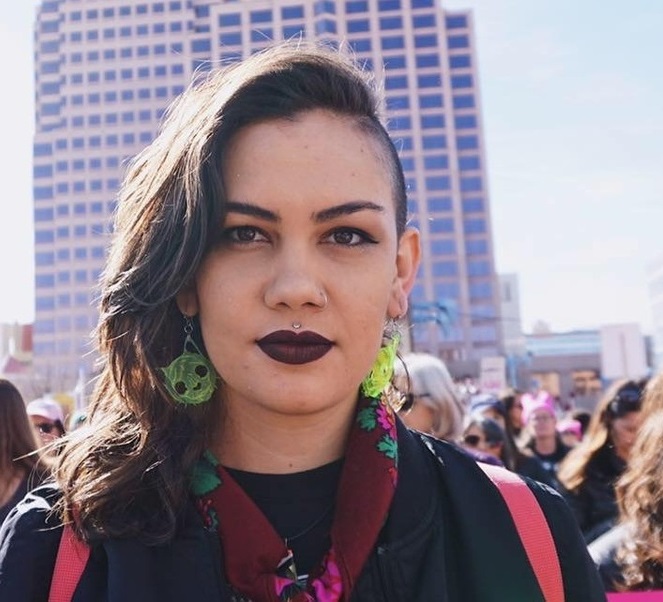 Native American performer, poet, congresswoman’s daughter, empath, stage manager, activist: Somáh Haaland has many identities. But it is what she does that most embodies who she is. Her belief in other people and support for expanding their opportunities reminds us all that a little bit of work can go a long way toward making the world a more equitable place.

Before the COVID-19 pandemic began its rampage across the country in March, Haaland was working as a production assistant on a Netflix show in New York, charging walkie-talkies and taking inventory. Now she’s collecting donations for Indigenous communities, teaching in an online circus camp for children, and advocating for change on social media.

After returning home to Albuquerque, N.M., Haaland started working at two nonprofit organizations that do mutual aid work for the Indigenous population in the state. The organizations, Seeding Sovereignty and Pueblo Action Alliance, are collecting COVID-19 resources and relief aid for the Navajo Nation and the 19 pueblos that stretch from Taos to the Arizona state line.