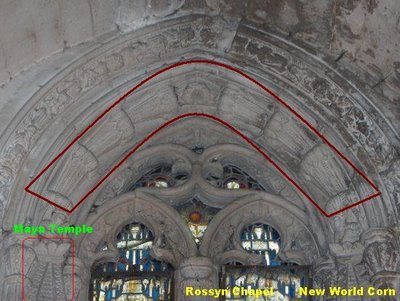 The Anasazi or "Ancient Pueblo"

Map of the Southwest Tradition. Source: DesertUSA http://www.desertusa.com/ind1/du_peo_ancient.html
Thousands of archaeological sites in the southern part of the Colorado Plateau, such as the particularly the magnificent cliff-dwellings at Mesa Verde National Park, offer abundant evidence of the former presence of an mysterious and sophisticated civilization commonly known as the Anasazi, or Ancient Pueblo peoples. Their renown among archaeologists and the general public is further enhanced by the fact that they seemingly disappeared from much of their homeland at the height of their success towards the end of the 13th century.
The name "Anasazi" has come to mean "ancient people," although the word itself is Navajo, meaning "enemy ancestors." The use of the term is offensive to many Native Americans. Archaeologist Linda Cordell discusses its etymology and use in her book, Prehistory of the Southwest:


The name "Anasazi" has come to mean "ancient people," although the word itself is Navajo, meaning "enemy ancestors." It is unfortunate that a non-Pueblo word has come to stand for a tradition that is certainly ancestral Pueblo. Richard Wetherill first applied the term to ruins of the Mesa Verde.
a rancher and trader who, in 1888-1889, was the first Anglo-American to explore the sites in that area. Wetherill knew and worked with Navajos and understood what the word meant. The name was further sanctioned in archaeology when Alfred V. Kidder, the acknowledged dean of Southwestern Archaeology, adopted it. Kidder felt that is was less cumbersome than a more technical term he might have used. Subsequently some archaeologists who would try to change the term have worried that because the Pueblos speak different languages, there are different words for "ancestor," and using one might be offensive to people speaking other languages. My own preference is to use Ancient Pueblo or Ancestral Pueblo, where possible, but this too is problematical. Such usage obscures the observation that the Mogollon tradition is also considered by many to be ancestral to Pueblo peoples. Further, archaeologists are themselves tradition bound and would not be dissuaded from continuing to use the term Anasazi, which features so prominently in their professional literature."
Our understanding of the Ancestral Pueblo suffers from the great discontinuity in oral tradition caused by the so-called Anasazi collapse of 800 years ago. Our understanding is largely informed instead by the abundant material record preserved in the arid conditions of the desert southwest. Especially in the last 25 years, archaeologists have been able to piece together not only the cultural and physical record of the lives of this estraordinary civilization, but of their land-use history as well.

Prehistoric Farmers
A century ago, few believed that the magnificent cliff dwellings of the semi-arid Colorado Plateau were built by highly successful prehistoric farmers, ancestors of the present-day Pueblo Peoples. But archaeologists have discovered that even Late Archaic foragers on the Plateau built pithouses and adopted limited agriculture, storing corn (maize) and squash in caves as a backup resource.

Well preserved granary, Texas Canyon, Anasazi Wilderness. Photo © 1999 Ray Wheeler
Corn seems to have spread slowly north from Mexico, but by 500 to 300 B.C. an agricultural revolution that also included beans and squash was underway. The characteristic aridity of the Southwest, the short growing seasons, and the unpredictable timing and amount of rainfall make this revolution all the more remarkable. The sophistication seen in contemporary Hopi farming in selecting locations for planting, maintaining genetic diversity, and controlling insects and other competitors is based on thousands of years of careful lessons in agricultural land-use.
The Anasazi were nothing if not adaptable. Most Pueblo I sites were occupied a mere 30 years of less even though they may have housed up to 600 individuals in a few separate but closely spaced settlement clusters. Archaeologist Timothy A. Kohler found that large Pueblo I sites excavated near Dolores, Colorado were established during periods of above-average rainfall when crops could be grown without benefit of irrigation. At the same time, nearby areas that were not experiencing moisture patterns favorable for dry farming were being abandoned. Settlements in the more arid western portion of the Colorado Plateau remained small.

Pictographs in western Grand Canyon. Photo © 1999 Ray Wheeler.
Centralization of population in large settlements has the disadvantage of putting distance between farmers and their fields, but may have had the advantage of facilitating the sharing of food among community members. These opposing factors tended to create an oscillation of coming together and dispersal, which at a different scale becomes an oscillation between occupation and abandonment. This boom and bust pattern among the Anasazi derives at least in part from the inability of the environment of the Colorado Plateau to support them over a substantial period.
The Anasazi attained their Golden Age between about 900 and 1130 A.D. The climate was relatively warm and rainfall mostly adequate. Pueblo II communities were smaller than they had been in Pueblo I, but they were greatly dispersed over the landscape. Peoples of the Kayenta Anasazi tradition expanded north of the San Juan and west to the Grand Canyon and the Virgin river area of southern Nevada. Habitation sites, especially for the main Kayenta area, have been found in "virtually every conceivable spot," avoiding only areas prone to flooding.
Soil and water control features such as check dams and terraces appear at this point. Turkeys were domesticated. Highly specific local traditions in architecture and pottery emerged as the Anasazi became more provincial in terms of decreased exchange and interaction with other communities. The Pueblo II world became more self-contained and self-sufficient.
PART 3#
Social Strife May Have Exiled Ancient Indians
By GEORGE JOHNSON
SANTA FE, N.M.
"UNTIL very recently, the most perplexing mystery of Southwestern archeology -- what caused the collapse of the ancient empire of the Anasazi -- seemed all but solved. Careful scrutiny of tree-ring records seemed to establish that in the late 1200's a prolonged dry spell called the Great Drought drove these people, the ancestors of today's pueblo Indians, to abandon their magnificent stone villages at Mesa Verde and elsewhere on the Colorado Plateau, never to return again.
"But in the last few years, Southwestern archeology has been shaken with a quiet revolution. Textbooks are being rewritten as the common wisdom, taught to generations of students, is overturned. "Nobody is talking about great droughts anymore," said Dr. Linda Cordell, a professor of anthropology at the University of Colorado in Boulder and director of the natural history museum there. "The mystery of the Anasazi is an open book again."
"Groundbreaking climatological studies have convinced many archeologists that the "so-called Great Drought," as detractors now call it, simply was not bad enough to be the deciding factor in the sudden evacuation, in which tens of thousands of Anasazi... moved to the Hopi mesas in northeastern Arizona, to the Zuni lands in western New Mexico and to dozens of adobe villages in the watershed of the Rio Grande.
"'There are just too many little discrepancies,' said Dr. Eric Blinman of the Office of Archeological Studies of the Museum of New Mexico in Santa Fe. Recent studies have shown, for example, that the evacuation actually began before the dry spell set in. Even more telling is evidence that the Anasazi had weathered many severe droughts in the past. Why did the one in the late 13th century cause an entire population to abandon the settlements they had worked so hard to build?
"'The Great Drought may have been the last straw,' said Dr. John Ware, another archeologist at the Museum of New Mexico. 'But in and of itself, it just wasn't enough.'
"As they sift the evidence, archeologists are finding surprising new elements that may have conspired with drier weather to bring about the calamitous fall. Belying the popular image of the Anasazi as a peaceable kingdom of farmers and potters, some of the new research puts the blame for the collapse on a bloody internecine war. Other researchers are trying to combine archeological evidence with anthropological studies of the modern pueblo Indians to make the case that the Anasazi were roiled by a religious crisis as divisive as European medieval heresies. In some scenarios, the Anasazi were pulled farther south en masse by an attractive new religion.

Long-term climate change causes shifts in plant, animal and human populations, but the patterns are never simple. At the end of the Pleistocene individual plant species moved independently of each other, making plant communities transitory. Human communities, when confronted with difficulties, make social and technological adjustments, giving Southwestern archaeologists reason to question whether environmental change should be given primary credit for shifts in native populations and culture. Controversy over the so-called Anasazi collapse is the primary example from this region.

What is clear is that over a long period of occupation the Anasazi did experience profound climate shifts in an already difficult environment. In the relatively benign climate of the late Holocene (700-1130 A.D.) Anasazi culture and population advanced. Water levels in streams were at a maximum, precipitation was increasing, and crop yields became more predictable. Dry farming on the mesa tops expanded dramatically, giving regional farmers roughly twice the arable land than is available today in the Four Corners area. The Anasazi became dependent on good harvests.

Historical records from 900 to 1300 A.D. in Europe indicate that this was a time of changes in atmospheric circulation known as the Medieval Warm Period. In high-latitude regions this was largely beneficial: grapes were grown in England and the Norse founded colonies first in Iceland and then in southern Greenland. But in arid regions a warmer climate, especially when accompanied by drought, can cause significant difficulties for farmers. A fifty-year drought occurred between 1130 and 1180 A.D. It was during this period that soil and water conservation features such as grid borders, terraces and check dams began to be built in the Four Corners area.

The prolonged droughts of the subsequent period must have created great stress for the Anasazi. The so-called Great Drought, a sharp decline in precipitation from 1276 to 1299 A.D., had to have been particularly devastating. The elevational zone for upland dry farming began to shrink rapidly, and may have disappeared altogether by 1300 A.D. Settlement began to aggregate in large cliff dwellings in canyons with more reliable sources of water. Food storage became paramount as did ceremonial space. But even these adaptations were short-lived; by the end of the century, Mesa Verde and other magnificent aggregations of cliff dwellings had been abandoned.

Permalink Reply by LadyHawkღ on February 28, 2011 at 12:12pm
I just posted two videos in the Chaco Canyon discussion about why the Anasazi may have moved to the cliffs. I find Mesa Verde and Chaco Canyon very facinating for the advanced star calendars they developed. I'm still on the Chaco Canyon info and haven't spent much time researching Mesa Verde yet. Thank you for the great info!

Permalink Reply by ERIC SHARP on February 28, 2011 at 12:23pm
Hello Connie I find this Chaco and Anasazi very interesting subject and looking forward to more of your listings it show how things change and why something I think even now there will be much changes ahead looking at the Mayan calenders with a heavy relevance of 2012 coming up
peace to you Connie look forward to more articles have a nice day

Permalink Reply by ERIC SHARP on February 28, 2011 at 2:35pm
I think you love it there look for cool weather visiting as well and defiantly before 2012 my friend LOL peace to you and yours

that is very very interesting, this thread! thank you Eric!