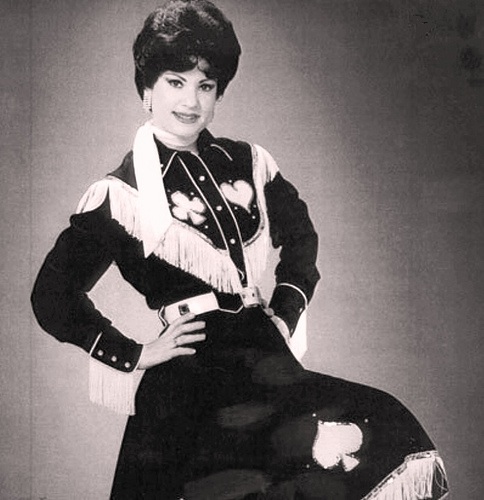 Virginia Patterson Hensley (September 8, 1932 – March 5, 1963), known professionally as Patsy Cline, was an American country music singer. Part of the early 1960s Nashville sound, Cline successfully "crossed over" to pop music. She died in a multiple fatality crash of her private plane at the age of 30. She was one of the most influential, successful and acclaimed female vocalists of the 20th century.

Cline was best known for her rich tone, emotionally expressive and bold contralto voice and her role as a country music industry pioneer. Along with Kitty Wells, she helped pave the way for women as headline performers in the genre. Cline was cited as an inspiration by singers in several genres. Books, movies, documentaries, articles and stage plays document her life and career.

Millions of her records have sold since her death. She won awards and accolades, leading many to view her as an icon at the level of Jim Reeves, Johnny Cash and Elvis Presley. Ten years after her death, in 1973, she became the first female solo artist inducted to the Country Music Hall of Fame.

bridget orman left a comment for Teirsha Brogdon
16 hours ago