SAN FRANCISCO — A Native American student who sued his California school district because it's refusing to let him wear an eagle feather to his high school graduation will ask a judge for an order permitting the sacred item.

Christian Titman's lawyers are expected to argue in court Tuesday that the student's rights to freedom of expression and religion in the state constitution are being violated.

Titman, 18, a member of the Pit River Tribe, said he wants to attach the 5-inch feather he received from his father to the tassel on his cap at the Clovis High School ceremony set for Thursday in suburban Fresno.

He wants to mark his achievement and honor his Native American heritage, according to the lawsuit filed in state court Monday. The tribe considers eagle feathers sacred and symbolic of a significant accomplishment.

"The district's refusal to allow a small symbol of religious expression during the graduation ceremony is a misunderstanding of both the spirit and the letter of the law," said Novella Coleman, a staff attorney with the American Civil Liberties Union of Northern California, one of the groups representing Titman. "The implication that an eagle feather with religious significance is unacceptable or disruptive signals a deep disrespect from the district."

A call to the district was not immediately returned.

The district has previously refused to allow stoles, leis, rosaries and necklaces on graduation caps and gowns, and its dress code is neutral to any religion, Young said. Titman could wear the eagle feather after the ceremony and take photos with the principal, she said.

The U.S. Supreme Court has held that under the U.S. Constitution, governments don't have to make exceptions to religiously neutral laws that are applied generally, but the issue has not been resolved by the California Supreme Court under the state's constitution, said Aaron Caplan, a constitutional law expert at Loyola Law School in Los Angeles.

The California Constitution guarantees free exercise and enjoyment of religion, but not if it would lead to actions that are "licentious" or inconsistent with peace or safety. That would seem to favor Titman's argument that he has a right to wear the eagle feather, Caplan said.

"I don't see any reason why displaying an eagle feather at graduation could be considered licentious or inconsistent with the peace or safety of the state," he said.

Titman also wants a declaration that the district cannot prohibit religious symbols or insignia at the ceremony. 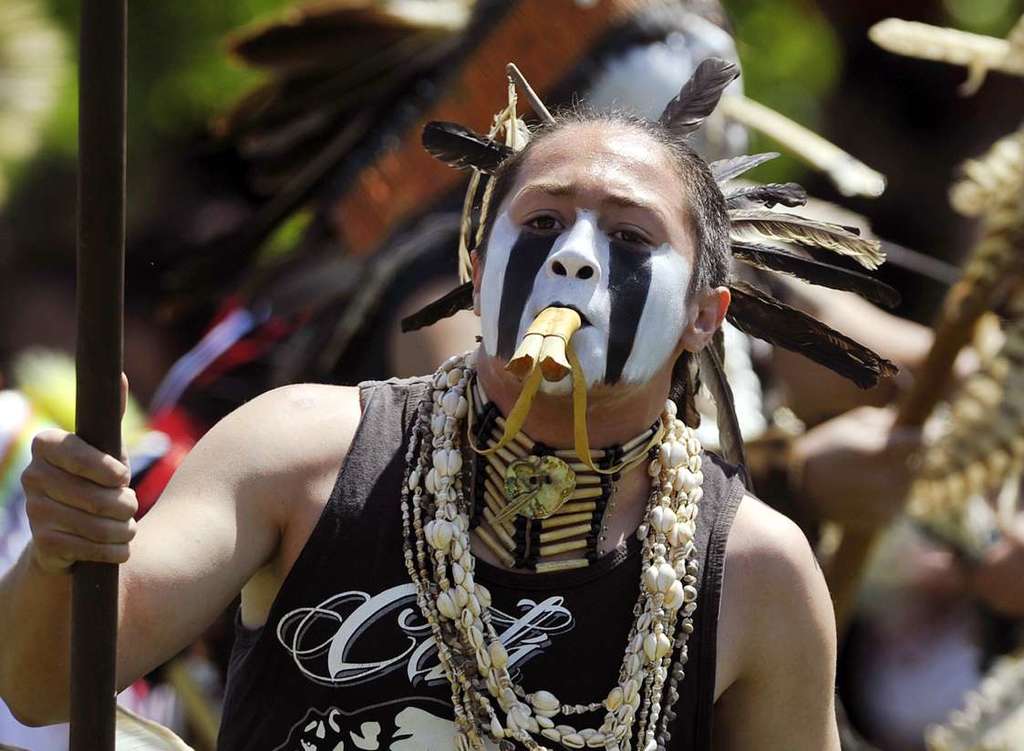 O.K. normally I keep my thoughts to myself when it comes to things like this...
As much as I would like for him to be able to attach that eagle feather to his tassel for graduation I have to side with the school on this one. I believe the cap/tassel and gowns should be kept free from religious symbols and kept neutral. I can see where it would quickly get out of hand in the Clovis area.

This a public school, not a private school--->"The district's refusal to allow a small symbol of religious expression during the graduation ceremony is a misunderstanding of both the spirit and the letter of the law," said Novella Coleman, a staff attorney with the American Civil Liberties Union of Northern California