[Note: The AFA removed Fischer's column from its site., but blogger Rob Schmidt has preserved it on his site Newspaper Rock. Link: "Text of Fischer's racist screed"]

Fischer is a Christian radio talk show host affiliated with the American Family Association and American Family radio. His metaphors and analogies from the Old Testament, along with thinly veiled race-purity arguments designed to be shocking, clearly illustrate that the medieval thinking of old Christendom continues to colonize the minds of certain people in the 21st century.

Fischer’s Old Testament views deserve our pity and contempt. Perhaps, though, one ought to thank him for being so open and forthright with the kind of extreme thinking Christian fundamentalists accuse elements of the Muslim world of exhibiting. He has opened up for scrutiny the kind of thinking that has been foundational to the building of American society. We find it most evident in the Doctrine of Christian Discovery that exists in U.S. federal Indian law, as expressed in Supreme Court ruling Johnson v. M’Intosh (1823), whereby the Court said that the first “Christian people” to “discover” lands inhabited by “heathens” had “assumed the “ultimate dominion” to be “in themselves.”

Fischer’s argument of “moral disqualification” for American Indians is informed by the Old Testament story of the Chosen People and the Promised Land. In the story, “God” is depicted as being on the side of the Hebrews (and, in Fischer’s view, of the Christians) because “Yaweh” is said to have entered into a covenant with Abram, who was renamed Abraham, “a father of many nations.”

Unfortunately for Fischer, people throughout the world have achieved enough distance from that ancient narrative to realize that he and his allies are operating under a form of outmoded idolatry: He worships the idol of the false “God” of racism and race-purity that authorizes the annihilation of entire peoples because those “others” don’t measure up to the norms and standards of the Old Testament Hebrews and their supposed “Christian” successors. To justify the invasion of other peoples all kinds of false charges are made in an effort to demonize them.

In the background story for Mr. Fischer’s narrative, the deity of the Old Testament is depicted as “promising” the lands of other peoples to the Hebrews “as an everlasting possession” and “inheritance.” This is why those other peoples had to be dehumanized and demonized. That deity instructed the Hebrews to go to cities of the Canaanites, Amorites, and other peoples and engage in genocide against them. Why? Those other peoples were already living in the land before the deity had “promised” it to the Hebrews. The pattern is fully revealed in Deuteronomy 20: 10-18:

The Old Testament deity that Mr. Fischer cites in his article does not instruct the Hebrews to save the women and children who were living in those cities. No. The Hebrews were instructed by that deity to leave not one person breathing. They were to be completely destroyed in their totality.

Steven Newcomb (Shawnee/Lenape) is co-founder and co-director of the Indigenous Law Institute, author of “Pagans in the Promised Land: Decoding the Doctrine of Christian Discovery” (2008), and a columnist for Indian Country Today Media Network.

Permalink Reply by LadyHawkღ on February 20, 2011 at 2:13pm
This is just so wrong on so many levels.

Permalink Reply by Debra Rincon Lopez on February 21, 2011 at 6:31pm
of that I am sure of. I hope that someone set's this man straight someday soon. He can't be a true man of God while he thinks this way about another Race of people. God will have to set him straight in the end. 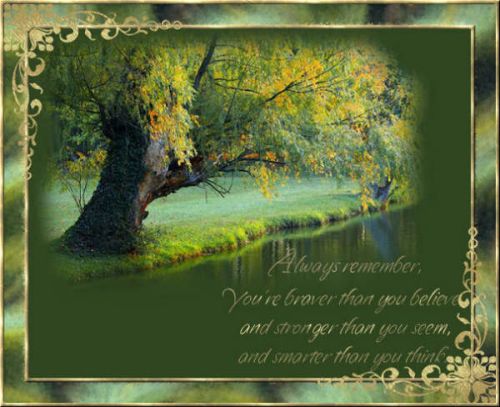 As long as we know who we are as Native peoples (the indigineous ones) the True caretakers of these lands. It's not for anyone to say, they will be set straight in the future. Of that I am sure. I believe that God will put things right and we will see who prevails. The Greed was too overwhelming for some, Sin over comes alot of people. They can't live and let live they alway's think that they are superior to someone. When there is nobody above any other on EARTH. GOD is the only one who can judge one.

Permalink Reply by LadyHawkღ on February 21, 2011 at 6:49pm
I have raised my children to respect others beliefs, even if they didn't agree as everyone has their own beliefs and thoughts...But, this really saddens me to see someone in this day and age that has such warped views seemingly right out of the dark ages.