A Tribute Performance In Honor of the The Late Russell Means

April 8, 2013 – Niagara Falls, NY. Hosted by comedian, Don Kelly, over one dozen spectacular performances and collaborations are set to take place at the 14th Annual Native American Music Award (NAMA) Ceremonies on Friday May 10, 2013 at the Seneca Entertainment Center in the Seneca Casino & Hotel in Niagara Falls, New York.

Public voting is open to the general public. Music from all nominees is currently featured on the audio players on www.NAMALIVE.com. Anyone can listen and cast their vote by visiting the Awards website, VOTE NOW page.

All nominees and Advisory Board members who are planning on attending the Awards ceremony should contact the NAMA office to R.S.V.P. They can call 212.228.8300 or email NAMALIVE@aol.com.

DON KELLY is the host emcee for this year's awards ceremony. Comic Don Kelly has starred in numerous national comedy specials including; CTV’s Comedy Now and CBC’s Comics along with numerous appearances on The Winnipeg Comedy Festival, The Debaters and Madly Off in All Directions. Don is also the host and star of the Gemini-nominated series, Fish Out of Water on Aboriginal People’s Television Network (APTN). Don’s comedy ranges from sharp observations on everyday life to bizarre flights of fancy.

BUDDY BIG MOUNTAIN has reigned as Indian Country’s leading Ventriloquist Comedian since the late 1980’s. Buddy is part Mohawk, Welsh and English on his mother’s side and Comanche and Apache from his father’s side. "The Buddy Big Mountain Variety Comedy Show," which features a cowboy ventriloquist figure known as Windell P. Snodgrass along Iron Horse, and Awesome Fox, is guaranteed to leave audience members laughing. Buddy has shared the stage with many great performers such as; Jeff Dunham, Sinbad, Charlie Hill, Crystal Gayle, Seals and Croft, Merle Haggard, and has appeared on CTV, TNN's Nashville Now, and Music City Tonight. 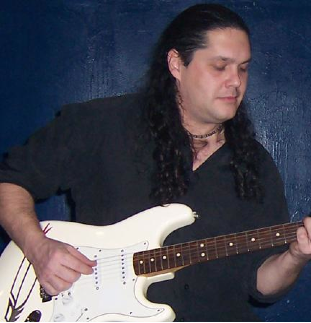 THE ED KOBAN GROUP returns as the house band for this year’s Native American Music Awards. Ed Koban is a guitarist and flutist from Niagara Falls, NY. EdKo, as he is sometimes known, is of Mohawk decent. He has performed with many respected national artists. As road guitarist for National Native American Recording Artist Darryl Tonemah, Ed has played nationwide at such venues as; The Kennedy Center, the Smithsonian Institute in Washington DC, and at the 2002 Winter Olympics in Salt Lake City Utah. The Ed Koban Group from is comprised of some of the most respected musicians the region has to offer. They are a multi-cultural highly professional brew of talent capable of delivering any music genre or style. 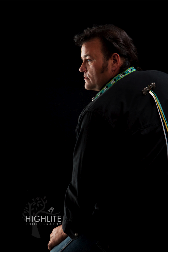 CC MURDOCK is of Shoshone and Paiute decent, and his latest recording Indian E - CC Murdock has been nominated for Best Pop Recording and his for Best Video. Exposure to music at a young age lead CC to the same stage as many country stars such as; B.J. Tomas, Bobby Bear, Doug Stone and the late Chris LeDoux. CC honed his writing skills and released his album Native Heart, winning Best Country Recording at the 13th Annual Native American Music Awards. CC has been touring the nation with a show that combines Native American music, Country, Rock, and Jazzy Blues. CC Murdock will be performing the song, God Rest Ye High On a Mountain as a tribute to the Indian rights activist and actor Russell Means who passed on October 22nd and whose ashes were scattered over the Black Hills.

As INDIAN E, CC continues his performance tributes with one that is powerful and breathtaking in honor of the late Elvis Presley. A Native American show like no other, it is a must see performance. “I was nine years old when my mother shouted out as I played in the yard, ‘Elvis has passed on’. I remember a chill going thru my body. Elvis was a big inspiration to me as a young Native American boy on the reservation. As I grew into a musician, the likeness of Elvis Aaron Presley was always there. I never escaped it.” With his CD’s A Tribute, Christmas with Indian E and a new CD to be released the spring of 2013, Indian E is paying tribute to Elvis’s Native American heritage and keeping the spirit of Elvis alive. “Elvis Presley is the greatest entertainer the world has ever been privileged to see! I am proud of his Native American heritage and honored to perform in his likeness” states CC.

FAWN WOOD was exposed to Pow-Wows from a very early age, singing the songs of the longhouse of the Fraser Valley and the berry-picking songs of her mother’s Stlatlimx people. Fawn has developed a style of song that mimics her relationship with her people, herself, her family, and community. Her compositions draw upon her array of life experiences, those happy and times that are challenging. Her personal lyrics strongly reflect who she is. Fawn was the first female to win the Hand Drum contest at the Gathering of Nation’s Pow-Wow in 2006. Through music, Fawn seeks to encourage hope for the betterment of all Indigenous people, especially by encouraging Indigenous women to connect to their identity through song. She seeks to inspire the recognition of connectivity with one’s Native ancestors in order to guide people towards what needs to be done in the physical world as well as the spiritual. Her new CD, Iskewewak: Songs of Indigenous Womanhood has been nominated for Best Female artist. 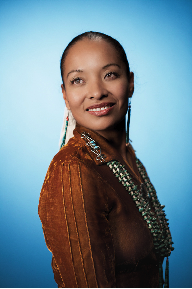 RADMILLA CODY, traditional Navajo recording artist, international performer, and triple Native American Music Award nominee for her new CD, Shi Keyah – Songs For The People, continues to maintain Navajo culture by recording music that Dine elders can be proud of. Radmilla is of the Tla’a’schi’i’ (Red Bottom People) clan and is born for the (Naahilii) African-Americans. Radmilla Cody is also a GRAMMY Nominee, former Miss Navajo Nation, and an Advocate against Domestic Abuse and Violence. She is the subject of an award winning documentary entitled “Hearing Radmilla”, exploring Radmilla’s journey as an activist and international performer. In 2010, Radmilla was selected for NPR’s 50 Great Voices, a yearlong series featuring singers from all over the world. Recently, Radmilla was awarded the “Black History Makers Award 2012” from Initiative Radio. TONY DUNCAN is a five-time World Champion Hoop Dancer and is consistently ranked among the top ten in the world. Of Apache/Mandan/Arikara/Hidatsa descent, he also performs with his family’s performance group, the Yellow Bird Indian Dancers. International recording artist, Nelly Furtado has featured Tony hoop dancing in her video for her single, "Big Hoops”. Duncan also performed in Furtado’s music video, and appeared with her in performances at the Billboard Music Awards, the Much Music VMA’s, as well as on The Tonight Show. Tony’s roots have taught him the sacredness of the circle, the hoop, and his dance. Tony Duncan’s CD, Earth Warrior received three nominations for Artist of the Year, Flutist of the Year and Record of the Year. As leader of the recording group, Estun-Bah, Duncan captures the true essence of Native America. Estun-Bah also features Darren Yazzie on guitar, and drummer Jeremy Dancing Bull, and together they blend traditional and contemporary styles to create an elegantly Native American music.

JANA MASHONEE's performance on her recording, Stay With Me Baby, will quickly substantiate her mulitiple awards, accolades and latest nominations. Her first single, Ooh, Baby, Baby was picked as Billboard’s single of the week. More Than Life followed, selling over a million copies. A version of Led Zeppelin’s, Stairway to Heaven, earned her the honor of being the first Native American to top the Billboard Dance charts. Paying tribute to her Lumbee heritage, Jana released, American Indian Story, a brilliant concept album that is now featured on the Discovery Channel’s new hit series, Flying Wild Alaska. Her first book, American Indian Story – The Adventures of Sha’kona, was also recently completed and was followed by, American Indian Christmas, an extraordinary work featuring ten classic Christmas songs sung in ten different Native American languages. A soul-stirring R&B and gospel-rooted collection, New Moon Born, brought Jana back into the mainstream spotlight. She performed a cover of Sam Cooke’s classic, A Change Is Gonna Come, at the American Indian Inaugural Ball for President Obama. This was her second performance for a First Family. She sang at the First Lady’s Luncheon for Laura Bush. This past Winter, Jana co-headlined a show with Sarah McLachlan at Carnegie. This Summer, Jana will be starring in a new movie with Lorenzo Lamas entitled, Raptor Ranch.

BLACKFOOT is a fierce, rock blues band that burned up the charts in the late 1970’s and early 1980’s. Their roots showcased streaks of Southern rock and was centered on pure rock n roll. With songs such as; Train, Train, Highway Song and Wishing Well, they created blistering, memorable tunes. Flash forward to now.... Founding member, “father” and NAMA Hall of Famer, Rickey Medlocke (Blackfoot, Lynyrd Skynyrd), is guiding the next version of Blackfoot as mentor, producer and driving force. A new era of Blackfoot has now arrived to the masses, representing the future of Blackfoot music for an all new generation. Modeled after their live sound of the early 80′s, these young guns look and sound the part. Guitar-led rock and lyrically-driven stories of authentic America is what grabs you about this Blackfoot, and it’s what originally caught everyone's attention more than 30 years ago. The new Blackfoot single, Whiskey Train is out now and a new full length recording is expected later this year.

Plus More To Be Announced!

bridget orman left a comment for Susan Hamilton
5 hours ago