LOOKING THROUGH LAKOTA EYES -An Essay by David Little Elk

To speak the Lakota Language, one needs to be aware of the Lakota perspective so that the correct words will be used. This is achieved by either growing up among Lakota People whose first language is Lakota and who live in their homelands. Or it can be introduced by a Lakota who has lived that perspective all of his life. Because of the experience of Natives with western civilization, meanings of some words were altered by those from the dominant society to attempt to change and control the Natives. They did this hoping it would tame us.

These children were taken hundreds of miles away from their extended, loving families to these boarding schools. When they arrived there, one of the the first things they had to do was to stand in a line to get their hair cut. In most Native cultures, hair contains the essence of the soul, and this is why most Native peoples grew their hair long. The only time when they were to cut their hair was when a relative died. This hair cutting was done in a ceremoniously way, as this was a cultural rule. Thus as these children were forced to stand in line to have their hair cut was really shocking. So these children thought that someone in their families must have died. And since they all had to stand in the same line, they thought that all of their families must have died. And then they felt that they were now facing death, as well. That had to have been a most traumatic shock experience.

Then they were told their language and culture was evil and from them devil. When these Native children spoke their language or talked about their culture, they were severely beaten, molested and made to feel ashamed to be Native. Soon many of them died in those schools from broken hearts, as well as the physical, spiritual and emotional abuse. And some adopted the abusive ways of the teachers, priests and other authority figures in these schools, as the older students began to abuse those they considered weaker than themselves. Thus, these children grew up away from their extended families that normally would have helped them to learn to process their emotions and thoughts, as they grew to become adults. And instead they were grew up facing constant abuse and with no emotionally healthy adult role models to emulate.


When these children became parents themselves, they did not want their children to speak their language or to know their culture, so they did not teach them much concerning these things. This process continued for several generations and surprisingly, some of them thought the best way to survive was to adopt the ways of the christianity; thus, many of these children were brainwashed. And when they returned home after they were finished with their "schooling", this brainwashing was continued by the christian and catholic priests on the reservations by their perverted mistranslations of certain Lakota concepts and teachings. They must have felt that their "old" ways were now being corrected by the priests.

When the christian and catholic priests first came to the reservations in the early 1900's, they wanted to convert us to their religions. One step they chose was to learn our language. Some attempted to translate bible information into the Native tongues so that they could better approach the Natives, which would also make for an easier conversion. These churches later built schools on the reservations, which were havens of constant abuse from the priests against the Native children. More Native children began to accept what they were being brainwashed with, as it led away from this abuse. And those who still spoke their Native tongues accepted the perverted translations of some of their Native words, as they accepted the new ideologies being forced upon them. In some instances, the priests built themselves up to be the literal ears of their god. Thus, these priests would have the Native children ask them for forgiveness of their (Native children's) sins. This put the priests ABOVE the natives. From this experience, the priests mistranslated the sacred Lakota word "unsimala" to the covert and oppressing expression of "have pity on me".

HOWEVER... THROUGH LAKOTA EYES... "unsimala" means "I have a genuine need and I need your help". If I am need of assistance and I say "unsimala" to someone, that person has a choice to help me or not. If he/she chooses to help me, the Lakota Natural Law of Generosity goes into action. This Natural Law states that the energy a person uses to communicate with others will return to him/her fourfold. Thus, that person chooses to help me, the result will be that he/she will be receiving good medicine fourfold (x4). And my need will be met, also. When I said "unsimala" to that person, I was presenting an opportunity for that other person to receive blessings fourfold. The original definition of "unsimala" is very different from the christian and catholic priests' definition.


In the recent past Lakota history beginning in the early 1950's, a USA government program called Relocation was created for Native peoples. Under this program, the United States government would pay all expenses for Native people to move off the reservation and into a major U.S. city. The USA government promised that if the Native people would sign up for this program, that these Native families would receive good jobs, nice homes in nice neighborhoods, nice schools with high quality education for their children, among many other promises. Thus, a lot of Native families signed up for Relocation.

When these Native families arrived in the cities, nothing was the way it was promised to them. Instead, they ended up in ghettoes where many times even the African-Americans and Mexicans gave them a difficult time, in addition to the racism gifted to them from white America. Thus, they had racism coming against them from all those around them who were not Native. As such, there was a lot of injustice committed against them and they basically had no place to turn to for help, as even the law enforcement and the courts handed out more injustices upon them. Some Natives returned to the reservations. Even though the economic situation was worse on their home reservations, they still felt it was better than the extreme difficulties they had to go through in these cities.

However, a lot of them stayed in the cities. In time, things got better. Not perfect, but better, and many began to prosper materially, as well. However, spiritually and emotionally, the city Natives were still suffering. Also, back then it was very unpopular to be Native. By this time, Native people have already suffered the boarding school experiences of the early 1900's and now they were suffering under the Relocation experience. And even moreso than before, many more of the original Native beliefs were neglected and forgotten. Also, the Native Relocation people began to lose their tribal perspective, as they were adapting to the big city life. Some began to lose the full meanings of what little cultural information they still had. As a result, these city Natives began to think with a perspective very similar to the western way of thinking. And those who still knew a little bit of their language began to speak it from a western & christian perspective and not their own traditional perspective.

Before our Lakota ways were perverted by christian and catholic priests of the past, "Wakan Tanka" meant "an organization of spiritual and physical entities", whose ways were a Huge Mystery. Thus, the true definition of "Wakan Tanka" is "The Great Mystery". It does not mean "the great spirit" or "the creator" or any other "one god" concept, such as that found in christianity. Our belief system is merely a different one from the christian view. But because of the christianizing process that happened on the reservations in the past, many of the original teachings became tainted, as a brainwashing technique, to bring Native people to "see the light" and "error" of their past "evil" ways. Thus, "Wakan Tanka nici un." is NOT a Lakota expression. When traditional Lakota people hear "Wakan Tanka nici un", to some it is funny, and to others it is insulting. Lakota translations of expressions, which are not from the Lakota Perspective, actually contradict the Lakota Perspective and the Lakota people themselves.

However... in honor of my relatives who suffered and survived the "civilizing" process forced upon them by the boarding schools and churches they were forced to attend, I teach and I will continue to teach the Lakota Language according to the way it was spoken before this "civilizing" experience. Our language has existed for tens of thousands of years. Thus, it developed characteristics that most other written languages do not have. Some of these characteristics involve actually feeling the connections to animals and plants, and communication with the spiritual realms.

When I think of the souls of those Lakota children whole lived and died through this boarding school expience, I want to do my best to teach the language and bring it back to an everyday usage. This is why when I teach the Lakota Language, I also teach the Lakota Perspective. This means, I teach and live ... LOOKING THROUGH LAKOTA EYES. 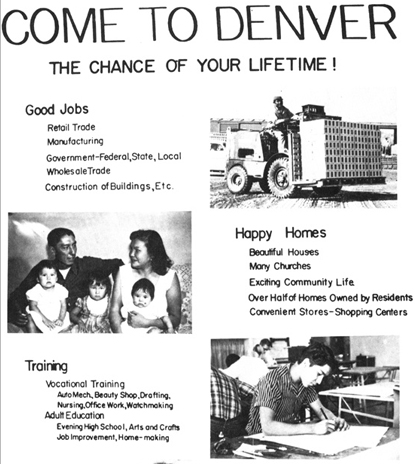 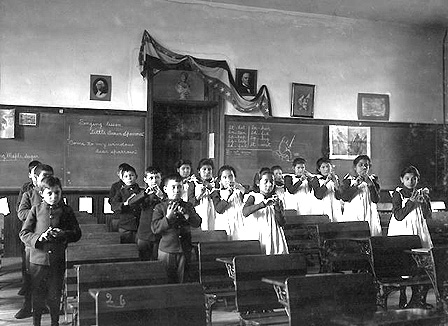 Permalink Reply by ERIC SHARP on September 15, 2010 at 9:04am
Lets face it these boarding schools were hell on earth, with pervert's for teachers no one would leave with out emotional scares and the loss of self it was just plain cruel I could only imagine the hollow feelings the Lakota and many other natives losing there culture and forced to live up to the white way of things it would be to much shame for them from now on, yet some how they came throw it but not with out much damage of such miserable treatment much was lost there sprite and culture.

Nice one lady Hawk I hope we learn from the past for a brighter future. Permalink Reply by LadyHawkღ on September 16, 2010 at 10:29pm
Thank you for the comment Eric. I think there are many more like David Little Elk that are bringing the culture back to the people.
LadyHawk

Permalink Reply by LadyHawkღ on January 23, 2011 at 3:49pm
Our Spirits Don’t Speak English: Indian Boarding School, an award-winning documentary produced by Rich-Heape Films, is a Native American perspective on Indian Boarding Schools. It tells the heartbreaking story of Native children who were taken away from home, forbidden to speak their language, and forced to become “Americans”.
For more information, please go to Rich-Heape Films website.