The medicine wheel is a sacred symbol used by Plains tribes and others to represent all knowledge of the universe.

The medicine wheel consists of a circle with horizontal and vertical lines drawn through the circle's center. Sometimes, an eagle feather is attached in the wheel's center.

Design Meaning
Circle - The circle represents the sacred outer boundary of the Earth often referred to as the Sun Dance Circle or the Sacred Hoop. It represents the continuous pattern of on-going life and death.

Lines - The horizontal and vertical lines represent the sun and man’s sacred paths, respectively; the crossing of the two lines indicates the center of the Earth where one stands when praying.

Feather - The eagle feather is a sign of Wakan Tanka’s - the Great Spirit's - power over everything.

Color Explanation
The directions, as they are called upon in the medicine wheel, are often associated with a sacred color. Each direction has a messenger.

Color placement on the wheel varies based on individual band customs.

•Color - Yellow
•Messenger - Brown Eagle
•Associated with the sun, brings light to all creation.
•Because the sun travels east to west - in a clockwise manner - all good things conform to the same pattern.
•The Morning Star - the star of wisdom and new beginnings - comes from the east.
•Elk people call the east home.

•Color - Red
•Messenger - Crane
•Associated with warmth, happiness and generosity.
•Connected with life after death, directs men as they walk toward the next phase
•Life begins in the south.
•Nourishment of every kind comes from this direction.
•Home to the animal people.

•Color - Black
•Messenger - Black Eagle
•Connected with the power of rain and the purity of water; joy and growth follow the rain, releasing ignorance.
•West is home to the Thunder-being. His wings produce thunder and lightening flashes from his eyes. The bird-like being stands again evil and ensures the respect of others.

•Color - White
•Messenger - Bald Eagle
•North is home to winter and is believed to promote good health and growth.
•Those who misbehave look to the north for the wisdom needed to walk a straight path again.
•Home to the Calf Pipe Woman and the buffalo people. 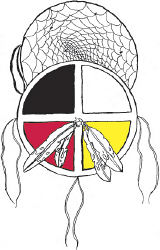 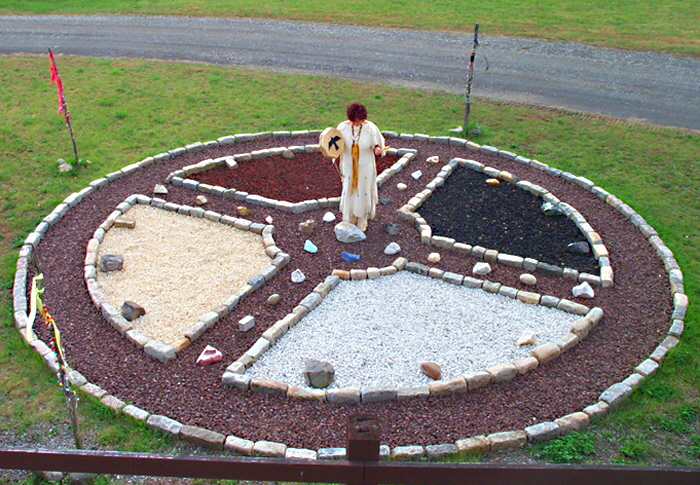 Note to Lady Hawk.. I believe the discussion directions above,
for North and South are "Labeled Wrong"... Double Check Them.