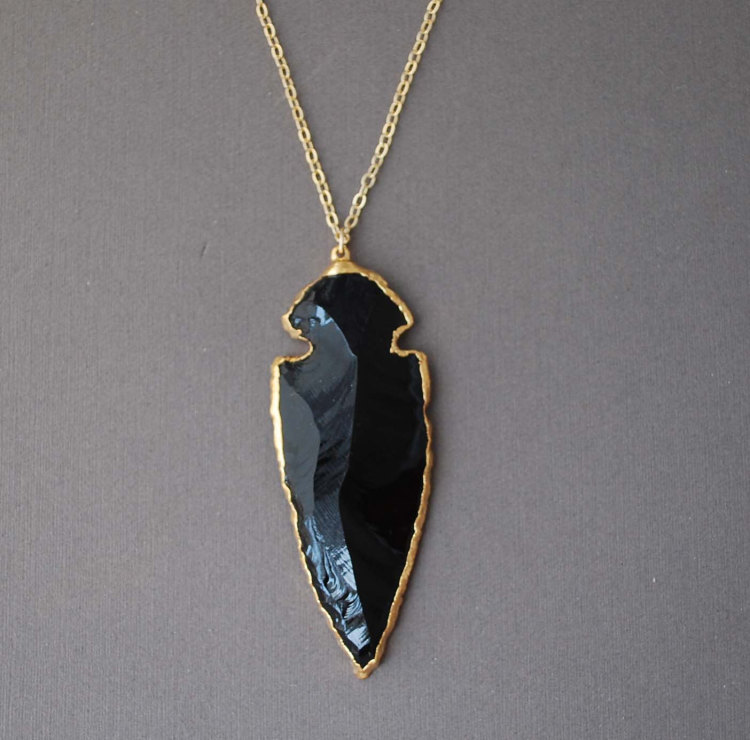 Permalink Reply by Sharikee on October 11, 2017 at 3:48am
Apache Tear Drop
An Apache / Jicarilla Legend

Apache Tear Drop is a form of black obsidian. It is a calming translucent stone, found in Arizona and other parts of the U.S. It is composed of feldspar, hornblende, biotite and quartz. It was formed by rhythmic crystallization that produces a separation of light and dark materials into spherical shapes, and is a form of volcanic glass.

There is a haunting legend about the Apache Tear Drop. After the Pinal Apaches had made several raids on a settlement in Arizona, the military regulars and some volunteers trailed the tracks of the stolen cattle and waited for dawn to attack the Apaches.

The Apaches, confident in the safety of their location, were completely surprised and out-numbered in the attack. Nearly 50 of the band of 75 Apaches were killed in the first volley of shots. The rest of the tribe retreated to the cliff's edge and chose death by leaping over the edge rather than die at the hands of the white men.

For years afterward those who ventured up the treacherous face of Big Pacacho in Arizona found skeletons, or could see the bleached bones wedged in the crevices of the side of the cliff.

The Apache Women and the lovers of those who had died gathered a short distance from the base of the cliff where the sands were white, and for a moon they wept for their dead. They mourned greatly, for they realized that not only had their 75 brave Apache warriors died, but with them had died the great fighting spirit of the Pinal Apaches.

Their sadness was so great, and their burden of sorrow so sincere that the Great Father imbedded into black stones the tears of the Apache Women who mourned their dead. These black obsidian stones, when held to the light, reveal the translucent tear of the Apache.

The stones are said to bring good luck to those possessing them. It is said that whoever owns an Apache Tear Drop will never have to cry again, for the Apache Women have shed their tears in place of yours.

The Apache tear drops are also said to balance the emotional nature and protect one from being taken advantage of. It can be carried as an amulet to stimulate success in business endeavors. It is also used to produce clear vision and to increase psychic powers.

Black obsidian is a powerful Meditation stone. The purpose of this gemstone is to bring to light that which is hidden from the conscious mind. It dissolves suppressed negative patterns and purifies them. It can create a somewhat radical behavior change as new positive attitudes replace old, negative, egocentric patterns.